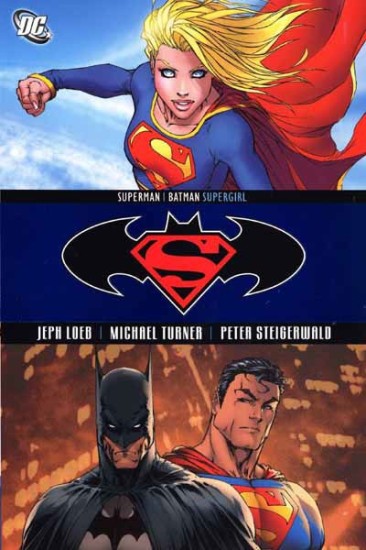 There are a few titles in my comic collection that have what I consider “repeatability”.  In my personal lexicon this means I can read it repeatedly and not get tired of it.  Superman/Batman “Supergirl” is one of those.  The story by Jeph Loeb and the Artwork by Michael Turner bring this character to life more than a lot of other intros of re-booted characters in the DC Universe.

Supergirl has been trapped in suspended animation in a meteor rock that came from Krypton.  She was sent at the same time as Superman but got stuck in an asteroid and was unable to get out.  She escapes from her containment and is eventually captured by Batman because she was on a rampage with her new powers.  She did not know how to use them yet.  Batman takes her back for observation and Superman is able to talk with her and he realizes this is his cousin, Kara Zor-El.  Superman is able to only educate her for so long with the ways of Earth before Wonder Woman kidnaps her to take her for training on Themyscira.  Her rationale is that she needs to learn fighting and control for her great powers.  Superman is of course being overly protective.  While training on the Island, Supergirl and the Amazons are ambushed by an army of Doomsdays (which turn out to be hollowed out versions and not actual clones).  Supergirl is stolen during the chaos.  Superman, Batman, and Wonder Woman go to get help from Big Barda.  They travel to Darkseid’s planet, Apokolips, to get Kara.  They split up and each uncovers their own problems.  Wonder Woman and Big Barda find the Furies and Granny Goodness and fight with them.  Batman finds a room full of explosives.  Superman finds Kara, who has been brainwashed by Darkseid.  Superman is able to overcome Kara using a kryptonite ring he has tucked away in a lead lined belt compartment.  Batman uses a mother box to reprogram all of the detonators to go off on his command if Darkseid does not release them.  Darkseid realizes that Batman is not bluffing and lets the group leave.  While Superman and Supergirl are flying above Smallville, Darkseid comes back and goes after Superman.  He uses his omega beams to destroy Superman.  Supergirl intervenes and is turned into ash.  Superman uses his anger to beat the crap out of Darkseid and pin him to the source wall.  We find out Supergirl was transported out at the last second and her journey starts here among the other heroes, but this is where the story ends. 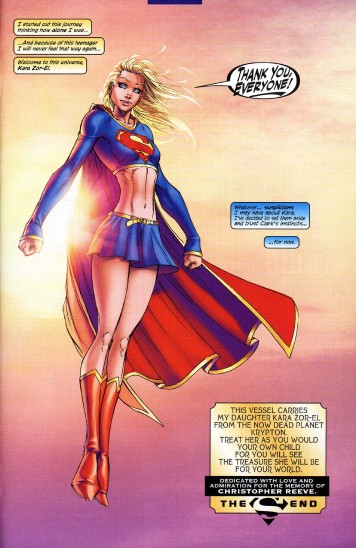 Loeb is masterful at times and this is a perfect example of that.  The story conveys the humanity of Superman and Supergirl very well and also gives us a bit of action, because it would be boring otherwise.  Superman’s love and care for her is shown by how upset and mad he gets when Wonder Woman comes along and steals Kara.  He truly loves this girl that is more of a sister than a cousin.  A lifetime of having no known relatives or survivors of Krypton has made it difficult for him.  Supergirl bridges a gap that really no one else could, including Lois.  Supergirl is confused and frightened but a powerful force that even she is unaware of.  She is able to fit in, but only so much.  She struggles throughout the entire story, but finds her way in the end.  Darkseid is a master of deception and lies.  And she fell prey to his constructs.  But being of the house of El, she has a will that is strong and through Superman’s help, she is able to overcome her weaknesses and brainwashing.  And kryptonite helped, too. 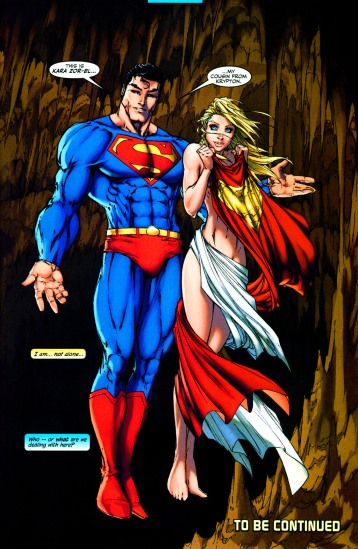 Batman is written possibly better than I’ve seen in awhile.  He is cynical and ever distrustful of everyone and it shows in this.  My favorite part is towards the end of the story when Darkseid is thrashing Batman to have him de-activate the bombs.  Batman, despite almost dying, makes Darkseid disavow Kara and let them go.  Darkseid at that moment gives Batman a pat on the back for having the courage to do what Superman and Wonder Woman could not.  He is truly ruthless when he needs to be.  He is a master of reading someone’s poker face (please no Lady Gaga references). 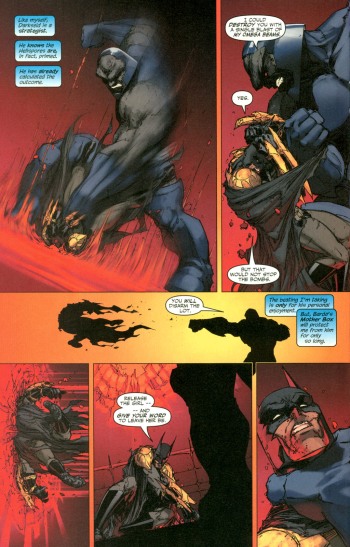 Wonder Woman is the passionate personality she always is.  She is a shoot first, ask questions later personality and it is conveyed beautifully.  She just comes and takes Kara and basically says, “I didn’t have time to be PC about this, so I just took her”.  She handles the Furies quite well along with Big Barda and is able to get the both of them out of a bind by threatening the life of Granny Goodness with her lasso. 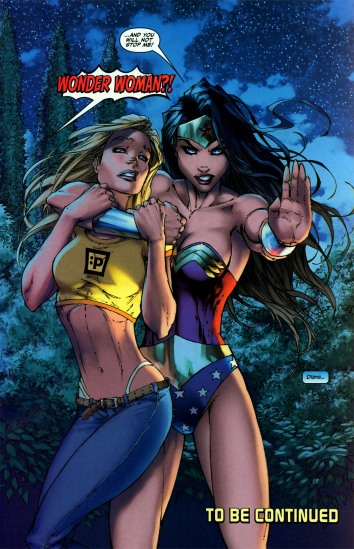 I can’t say enough about Michael Turner and his work.  He was a fantastic artist and this was his great run on Superman/Batman.  The best scenes were at the end of the story when Superman is pummeling Darkseid into the sun and then the Source Wall.  The rage and anger is done wonderfully by Turner.  I will say that my two major complaints about his artwork are: 1. His artwork is great but a lot of the faces look really similar.  There doesn’t seem to be a lot of differentiation between the styles of faces.  The person this art style suited best was Batman.  This is one of the best Batman’s I have seen next to Jim Lee’s.  2. I understand that showing a little skin appeals to a certain demographic and I’m sure artists like drawing the human body and showing off its beauty, but it seemed at times it was a little excessive.  That is, in part, indicative of comics in general, though.  If I were a superhero I would be less concerned with looking trendy and attractive and more concerned with having the right clothes if I got into a fight.  Don’t misunderstand, I’m not a prude.  I enjoy artwork and conveying the human body the way they interpret it.  Heck, it makes for a lot more interesting comic cons.  I doubt there would be even a fourth of the people at comic cons if female cosplays weren’t there. 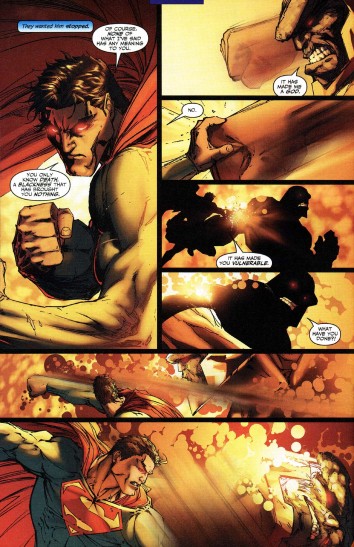 4 thoughts on “Comic Book Review – Superman/Batman: The Supergirl From Krypton”